With a view to increase land tax revenue for British Empire, then Colony Secretary  for Hong Kong in 1900, Stewart Lockhart, with the assistance of Mr. Messer and Mr. Tsoi, prepared a Memorandum of Chinese  Land Tenure of Ching Dynasty for submission to then Governor, Henry Blake.

In brief details, ” Chinese land title will not be passed to female, only through the male line. Title deeds are often in perpetuity or for 1,000 years. Many deeds were registered in Ka Tsing years of Ming dynasty (A.D. 1519-1626) and recognised by Ching Dynasty.

Ching government stipulated all farm lands must be registered with authority or risk the chance of repossession for resale once discovered by government. In reality, many farm lands were registered in a much smaller than their actual size.

Landlords has Ti Kwat (地骨), the right to receive rent, tenant has Ti Pi (地皮), the right to cultivate, this double ownerships has caused many dispute.

Small village where farm land is located usually has security problem making villagers looking up to big clans for protection. They also pay land tax through these big clans, who most often have members as officials in the government. But then these big clans did not usually registered farm lands with authority.

Villagers did not  claim these farm lands as their own, in fear that Ching government would repossess these land as a result of non payment for land tax. They would then lose the farm land and livelihood.” 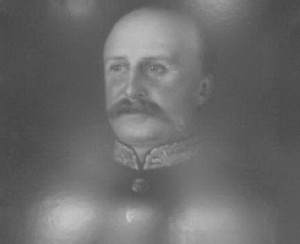 When Stewart Lockhart, Special Commissioner to Hong Kong , wrote a report to Colonial Office in Oct 1898 after taking over New Territories which includes outlying islands, this is how he described Cheung Chau in his report :

“The Island of Cheung Chau is a busy place, at which many of the steamers, launches, and junks plying between Hong Kong and Macao call.

There is a station of the Chinese Imperial Maritime Customs on the Island, as there is also on the Island of Ma Wan, commonly known as the Kap Shui Mun Station.

He also remarked the population of Cheung Chau at 5,000 in 1898, based on the estimate from the officer of the Chinese Imperial Maritime Customs stationed at Cheung Chau.”

But a British, L C Arlington, the expatriate employed by Ching Dynasty as Imperial Maritime Customs Officer stationed at Cheung Chau between 1894-98, recalled a different aspect of life in his book.  “The exceptionally strong smell from raw fish and shrimp paste under the sun was almost everywhere on the island. It made him very difficult to set foot on Cheung Chau again after 6 long years of service on the island.” 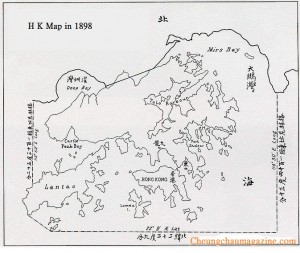