Instruction to Police to guard against Malaria, 1900

Instruction to Police to guard against Malaria, 1900

1. Water  from bath-rooms or cook-houses should not be thrown over the ground near the station

2. Pools or puddles of stagnant water near the station should be filled  up and turfed

3. Preserve trees in the neighbourhood of the station, as shade is beneficial

4. On returning from duty wet, either from rain or perspiration, immediately get into dry change of clothes having a hot    bath before doing so if possible, particularly avoid sitting in wet clothes.

5. Bathe in hot water not cold, this does not prohibit sea-bathing.

6. Eat, drink and smoke in moderation, especially remembering that though a small quantity of alcohol is beneficial a large quantity is injurious. Stimulants should not be taken until the day’s work is over.

7. The best drink during the heat of the day is lemonade (made by boiling for half-an-hour a sliced lemon or four limes in a pint and a half of water)

8. Be careful always to wear a helmet or sunhat when exposed to sun

9. As a preventative take a five-grain quinine pill every morning before breakfast during the month May-September 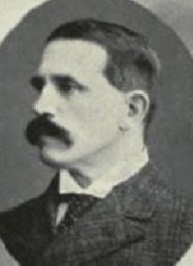 As stated in his report dated 12th Jan 1900,  by Dr. J.M. Atkinson , Principal Civic Medical Officer of the Colonial Government, knowledge of prevalence of plague at Cheung Chau was obtained in April last and Drs. Thompson and Clark were deputed to visit and take the necessary step to eradicate the disease.

“House to house visitation was instituted, a matshed hospital erected and free medicine distributed, so that by middle of June the disease was practically stamped out. “

It went on to say “ The Police carried out house to house visitation, Inspector Gillies particularly distinguishing himself. Indeed, I have little doubt the assiduous way in which he performed these duties undermined his health, predisposed him to the attack of fever which unfortunately proved fatal.”

“A few cases of plague occurred in Chinese Kowloon. No other case reported from any other portion of the New Territories although the di epidemic in Hong Kong.”

In January 17th, 1900, Deputy Land Officer, Bruce Shepherd, wrote in his report to Legislative Council on Land Administration in New Territories that owing to the value of the police protection now afforded by their incorporation into the Colony, the owners have voluntarily offered to pay increased Crown Rent, or such increased land tax as I recommend to be fair.

But then in 1901, in his report to Legislative Council, the member of Land Court, H.H.J. Gompertz, remarked that there are claims of land from Tsing Yi, Ma Wan, Ni Ku Chau and Cheung Chau, all 880 cases in total in 1900.

When it approached the water near Che Kung Mun Island, 5 robbers emerged from within a group of passengers, ordered the crew to stop the boat, not long after a small boat approached and another gang got on to join robbers on Shun Fat launch.

They then sailed to South West side of Lantau Island to rob 2 other junks.

Eventually, the pirates rob all passengers on Shun Fat of valuables worth $25 Hong Kong Dollars before disappearing into Lantau Island.

According to Wong Wai Tsak Tong’s clan book, the Tong originated from Po Tin area of Fujian (Fookin) province around Southern Sung Dynasty, (A.D.1127-1279), then moved to Guandong (Canton) from Fujian and settled down in the province.

Further to  Land Claim in 1899,  the Hong Kong Colonial Government registered  Wong Wai Tsak Tong in 1905, in the form of  Block Crown Lease as owner of 90% of private land on Cheung Chau.

This practice went on till 1995 when a legislation, Block Crown Lease (Cheung Chau) Ordinance, passed to terminate Wong Wai Tsak Tong as the Taxlord for Hong Kong Colonial Government on Cheung Chau.

In the press release from Hong Kong SAR Government dated 25th of May in 2011, in response to query from Mr. Tsim Pui-Chung , Legislative Councillor of Legislative Council, Mrs Lam Cheng Yuet-Ngor, Chief Secretary of Hong Kong SAR Government, clearly stated that “a sum of HK$20.0 millions have been made to Wong Wai Tsak Tong in 2004 as compensation, which is not calculated on basis on size of land. There were no legal process involved in recovering Cheung Chau land from Wong Wai Tsak Tong.”

Wong Wai Tsak Tong, however, remains as the biggest land owner and landlords on Cheung Chau, according to Land Registry of Hong Kong SAR Government.